Mike is employed with a large Metropolitan Police Department in the Southwest United States. He is ready to begin his 18th year on the Department. During that time Mike has worked as a Patrol Officer, a Robbery Detective, and as a SWAT Officer. He has been assigned to SWAT for the last 9 years. While in SWAT Mike has served as an Assaulter, Gas / Low Lethal Operator and for the last 7 years as a Sniper. Mike also functions as an Armorer for his team.

Mike has been a firearms instructor since 1999 and is certified by the NRA and the FBI. Additionally, Mike is certified as a Sniper instructor, holding certificates from GPS Defense, the FBI and the NRA.

Mike also has duties as an instructor for his team. His primary areas of interest are in Rural Operations / Small Unit Tactics and in Dignitary Protection.

Serving as a member of a Narcotics Task Force, Mike has extensive training and experience relating to the detection, interdiction and eradication of outdoor Marijuana grows.

Mike has many years of experience related to Dignitary Protection. Having been involved with the USSS on details with POTUS, VPOTUS, and FLOTUS. Acting in both Counter Sniper and Counter Assault roles.

Additionally, Mike works closely with the US Capitol Police in Motorcade and Close Protection of many members of Congress including the Speaker Of The House, Senate Majority Leader, and the Senate Minority Leader. 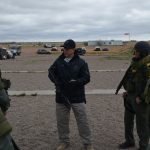 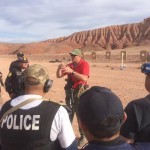